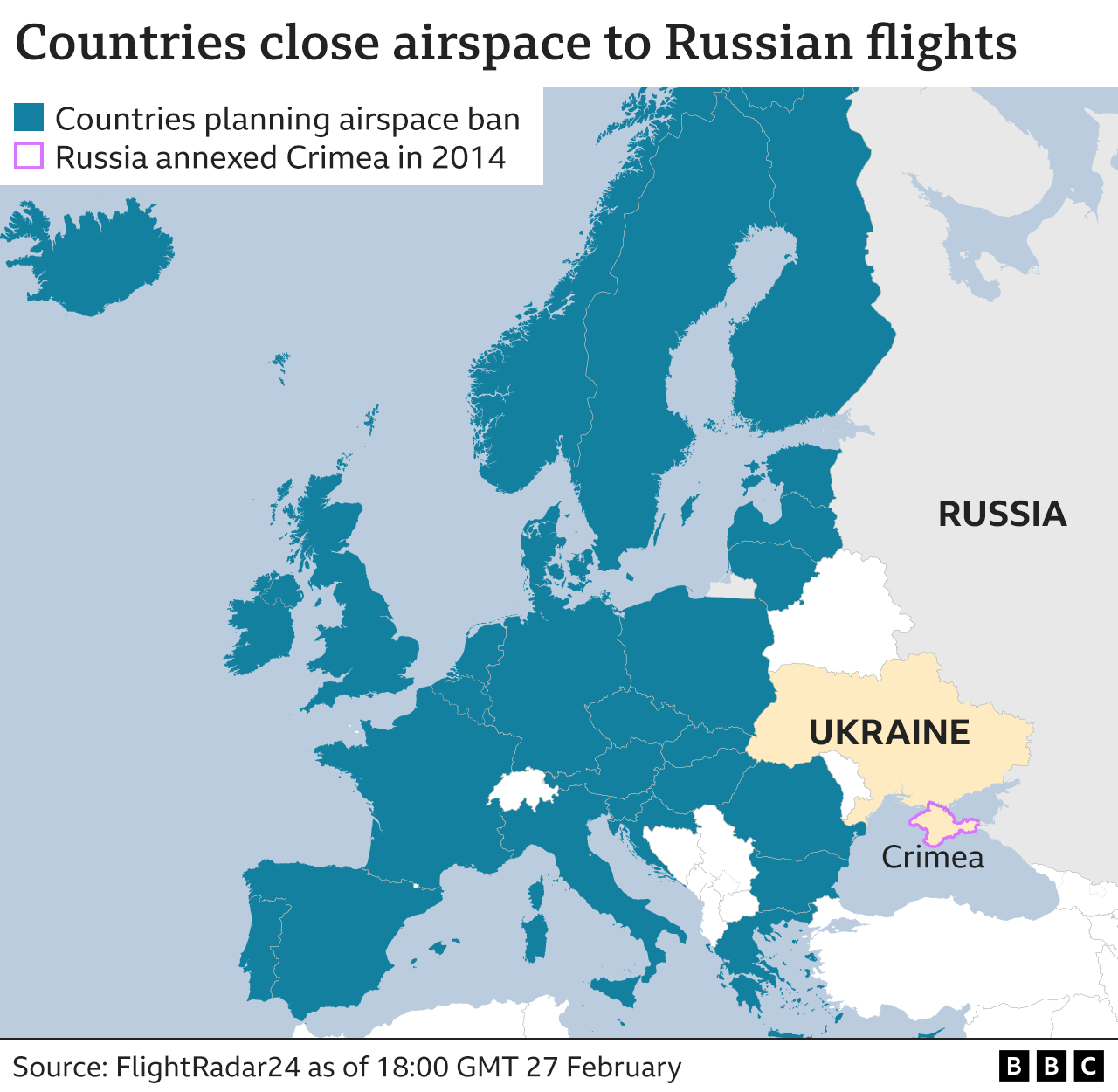 The EU has imposed a blanket flight ban on Russian planes, the head of the European Commission, Ursula von der Leyen, has announced.

“We are shutting down EU airspace for Russian-owned, Russian-registered or Russian-controlled aircraft,” she said.

All such planes, including the private jets of oligarchs, will now be unable to land in, take off from or fly over any EU nation.

Russian planes have also been banned from UK airspace.

Russia’s biggest airline, Aeroflot, said it would cancel all flights to European destinations until further notice in a retaliatory move on Sunday.

Ahead of the decision, European countries had been closing their airspace one by one. Germany said its ban would last three months.

Departure boards at Moscow’s Domodedovo and Sheremetyevo airports showed dozens of cancellations on Sunday, including flights to Paris, Vienna and Kaliningrad.

Russia’s S7 Airlines said on Facebook it would cancel flights to many of its European destinations until at least 13 March.

Russia has been responding with tit-for-tat restrictions on countries banning its flights.

The Commission president said that the EU was also going to ban Russia’s state-owned news outlets Sputnik and Russia Today, widely seen as a mouthpiece for the Kremlin. “We are developing tools to ban their toxic and harmful disinformation in Europe,” she said.

In the US, Delta Air Lines said it would suspend a flight booking agreement with Russia’s Aeroflot. The UK’s ban on Russian flights led Moscow to retaliate with a similar curb on British planes.

Virgin Atlantic said avoiding Russia would add between 15 minutes and an hour to its flights between the UK and India and Pakistan.

Australian airline Qantas said it would use a longer route for its direct flight between Darwin and London that does not overfly Russia.